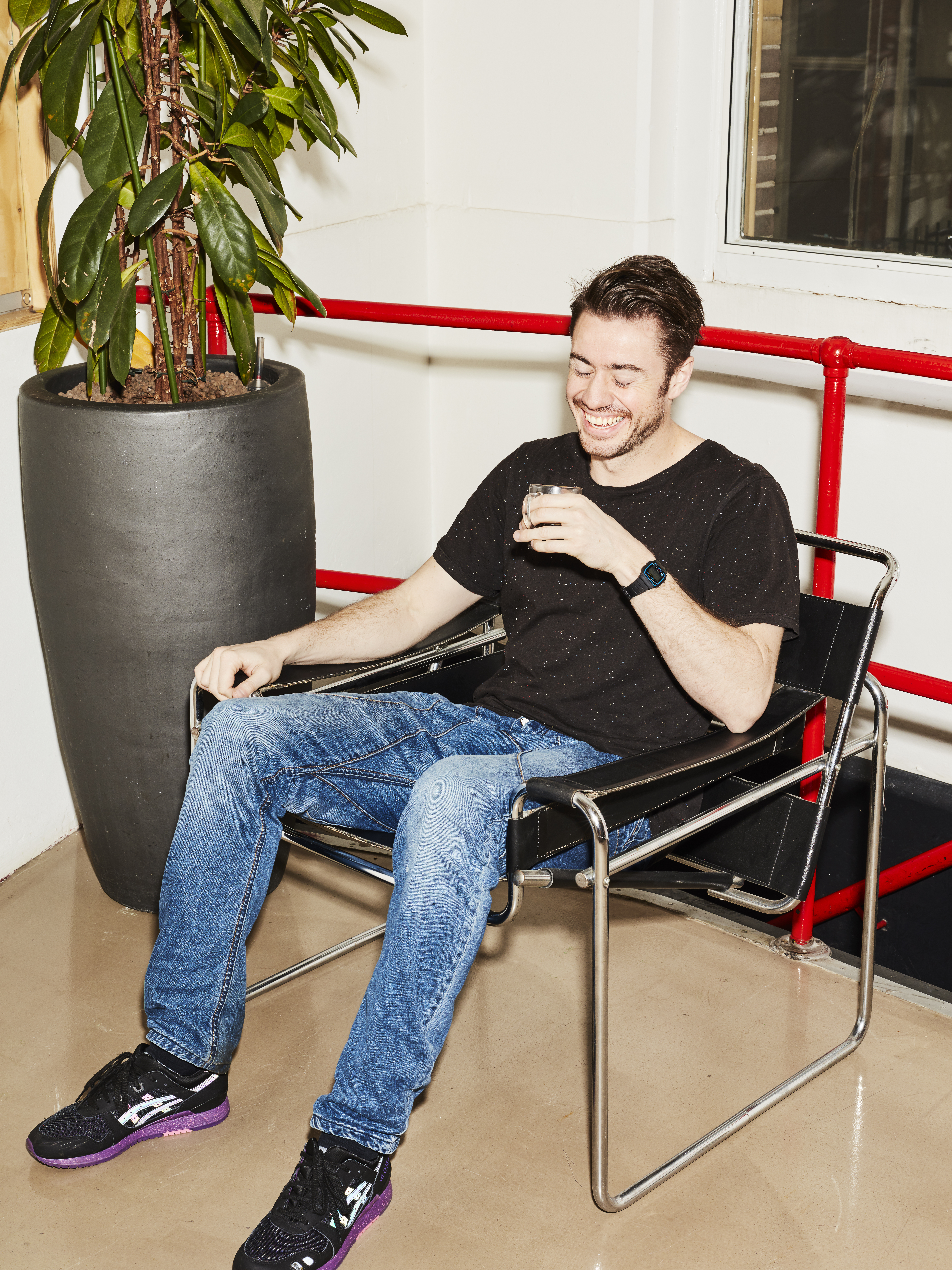 After Bram van der Heijden (1985) graduated from the ArtEZ theater school in Arnhem, his career took off. Through the Onafhankelijk Toneel, Bonheur, and Toneelgroep Oostpool, he ended up with the Noord Nederlands Toneel; first under the artistic direction of Ola Mafaalani, and now he has been part of Guy Weizman’s ensemble for years. He has been in nearly all NNT productions, including the critically-acclaimed performances of Borgen, Carrousel, Salam and Brave new World 2.0, and he played the title role in Dorian. The many-sided Bram is a gifted text-based actor who does not shy away from the physical aspect of performance and from time to time even dares to dance. In the previous season, he played a surreal and somewhat “awkward” supporting role in the performance Er Zal Iemand Komen directed by Liliane Brakema. Bram is also involved in the world of film and television. Alongside his role as Luuk Visser in the hospital soap opera Centraal Medisch Centrum, he was in the tv-series Rembrandt and I, in the short film Horizon, and in Oogappels. Bram was also in the crime series Lois and in the fourth season of New Neighbors. Currently, Bram is in the process of filming a new feature film that will come out in 2020.

“The strongest moment of the performance was when De Rijks interviewed Dorian in front of the camera. At that point, Van der Heijden could demonstrate his masterful acting talent by portraying a paranoid artist who is wired on drugs.” – Dagblad van het Noorden about Dorian