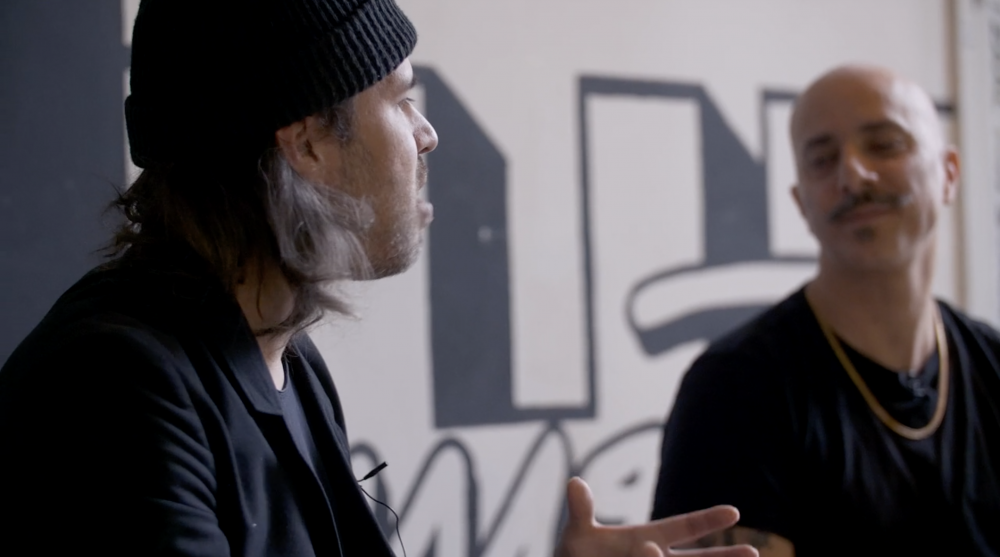 “The NITE Hotel is not a corona project, a temporary substitute for real theater, but an enduring new art form that brings with it many new possibilities.”

Less than six weeks after the Netherlands went on lockdown for the first time because of the coronavirus, Noord Nederlands Toneel and Club Guy & Roni opened the NITE Hotel: a revolutionary 3-dimensional digital platform for experiencing theater online in a virtual environment. The NITE Hotel, which can accommodate many thousands of visitors simultaneously, was nominated for the Dutch Marketing Awards 2021 in the Marketing Transformer of the Year category. Both the interior and interface of the NITE Hotel were designed by online experience designer and art director Martijn Halie.

I assumed that you followed art school but on your LinkedIn I saw that you studied law…?

Yes, but I didn’t finish it in the end. I moved to Amsterdam and enrolled in the study, but then mostly continued with graphic design and website design & development. I had been doing that since high school, when almost no one was doing that. I taught myself everything. Where others were playing games, I was learning. Every day: Photoshop, HTML, Javascript, 3D, photography. I had to ask permission to start a company, because I was not 18 yet. Since then, I have been working for a variety of cultural and commercial organizations.

On your website I read: if you identify with meaningful awesomeness, call me. I understand the match with Guy Weizman, because that is also how you could describe his performances. How long have you been working together?

Since around 2012. After some small things via the NNT, Naked Lunch was the first poster I designed for Club Guy & Roni. When Guy became artistic director of the NNT in 2016 he took me on again. ‘I simply want Halie,’ he said. The images I create are often over the top, with bold colors and the Club’s ‘outrageous styling’. They flow from the creator’s initial artistic ideas at an early stage, long before the process of creating the show begins. Sometimes the image no longer has much to do with the final performance and is therefore superfluous, but that’s okay, because it’s part of the creative process.

In March 2020 a lockdown was put in place and less than six weeks later there was the NITE Hotel. How did that work out?

That lockdown was a terrible blow to Guy, and to the entire cast and crew. Everything and everyone was literally ready on stage for the premiere of Before/After, when suddenly the theater had to close. I wasn’t there, but I saw the footage: Guy’s reaction went to the marrow. After a few days he called me and said: ‘I have an idea. I still want a premiere, online, but not just as a stream. Can we make a digital theater hotel in one month?’ He thought: if there are no theaters open to display my shows, I’ll build one myself. I said, ‘Yes, you can, but only if I can do it using Slash2, because I’m going to need the absolute best people.’

I immediately started creating a technical format and design. Not a flat website, but a 3D environment; with depth you can present things in a different way than on a flat surface. There had to be multiple spaces to show different works and the possibility to talk with other visitors afterwards. This was particularly important to Guy: that you could do it together. In search of ‘new togetherness’. Going to the theater is a social event; how can you translate that feeling into a digital setting? Guy saw my design and said, ‘Awesome, go ahead.’

So, then we started immediately; we had three weeks left by then.

Why did it have to happen so fast?

There was a rumor that the measures would soon be eased. If we wanted to do this, it had to be done as soon as possible, not when the theaters were open again. Guy had been toying with the idea of adding ‘digital’ to his ‘interdisciplinarity’ for a long time. Now suddenly there was a necessity and the space to do it. If you want to introduce something new, which people aren’t used to, you normally have to create a demand first. However, because of the lockdown, that demand suddenly appeared: everyone was bored at home and felt the need to do more things online (together). This was the moment, and Guy acted on it very quickly.

How do you start something that has never been done before?

It went something like this: I came up with something and did research, I made a quick demo and then we started building it together with Slash2. If during testing it turned out that something didn’t work the way we hoped or thought it would, we had to start over. It’s very complex to make things simple. We were all working at the top of our game. It was a rush, very stressful, but also fantastic, to work with some amazing people to build something that doesn’t exist yet, that others say is impossible.

We combined multiple techniques and standard platforms that are not meant to work with together and certainly not in 3D. That’s very exciting. If you adjust something somewhere, everything can fall apart out of nowhere. It also makes a real difference whether you build something for fifty people or ten thousand. First of all, the system has to be able to handle a lot of visitors at once, but also: you can’t afford for something not to work, because that means ten thousand people are disappointed.

Yes, at the end of April 2020, the first version of the NITE Hotel was a reality. And it worked flawlessly. More than 15,000 people from all over the world visited the online theater during the opening week Night Nites. We were on constant standby but didn’t really need to adjust anything during that week, every night it just worked. On April 30 there were 4500 people watching Before/After. Amazing.

In the meantime, of course, we had gotten new ideas and figured out how to make it even better and more beautiful, especially regarding the upcoming performance Swan Lake. So, we started making a second version, with advanced features that would allow us to add and keep adding more interactions. Technically speaking, we customized the management layer; we replaced large parts of the open-source code from the first version with our own dedicated code. There is now an extremely heavy core running underneath. What is particularly special about our platform is that you can experience the 3D experience with a normal web browser, without having to download and install specific software first. And we can now create these experiences very quickly.

What was the difference for the visitor?

In Swan Lake you could move in all directions, like in a game. No longer just to the left and right and front and back. What you could do in a given environment was expanded extremely in the second version. Also, at Swan Lake you could see your fellow audience members, in the form of fireflies.

The NITE Hotel is a platform to display digital art, but it is in itself an art form. The design requires technical decisions, but also artistic ones: if you put a video somewhere, how do you want people to view it? Fullscreen or not? Does the video turn on automatically or does it require pressing a button first? Sometimes the intention is to also see a part of another screen, so that the audience knows that there is more to see. And how do you let visitors navigate through the environment as naturally as possible, without using text? Because people don’t read well and, besides, it’s ugly, like signs in a museum.

Suddenly, the entire world of theater was looking at Groningen. What makes the NITE Hotel so unique? What were you able to do that apparently no one else could?

It was the combination of the right people. The craziness of Guy, who never lets the idea of something being impossible stop him. And the fact that Slash2 had time: there are many good programmers, but few are so all-round and at the same time specialized enough that they can do something like this. And my years of experience with the internet and the fact that I know the NNT well. Without the input of the artistic team, it wouldn’t have worked either. All the circumstances were favorable.

There are other parties who have also created an online environment, but not in this way, where you really set foot in another world, with its own rules. By the way, we don’t keep it to ourselves: the NITE Hotel is a social model and ‘for rent’ as such. We have facilitated the exhibition (Im)possible Bodies, the MMETA Young Talent Awards, and also ArtEZ Zwolle and Korzo Den Haag make use of our infrastructure and knowledge, in their own virtual environment.

What has the adventure brought you personally so far?

All the things I like have come together; it tickles my inner nerd and my love for design and my love for art. I suddenly have the same feeling as when I first started making websites; that you are doing something special, that you are on the threshold of a new period in which new things are made and in which people look at things differently. Crossing boundaries, discovering new art forms. Guy and I are also alike in that aspect. Not repeating yourself too much, but always looking for new ways.

How do you see the future of the NITE Hotel?

The internet is never finished, and that goes for the NITE Hotel as well; every time new work is created, I design new things and we come up with new solutions. We’ve made a list of what we still want. That list is getting longer yet. Everything is new and never done before; we don’t work according to a schedule or a format, but constantly ad hoc. It is a challenging ongoing process.

The NITE Hotel is not a corona project, a temporary substitute for real theater, but a permanent new art form that brings with it many new possibilities. It gives artists a stage to present their work to audiences from all over the world, including audiences who do not regularly set foot in a theater. It was a providential view from Guy, that the Internet can play an important role in reaching new, international and inclusive audiences.